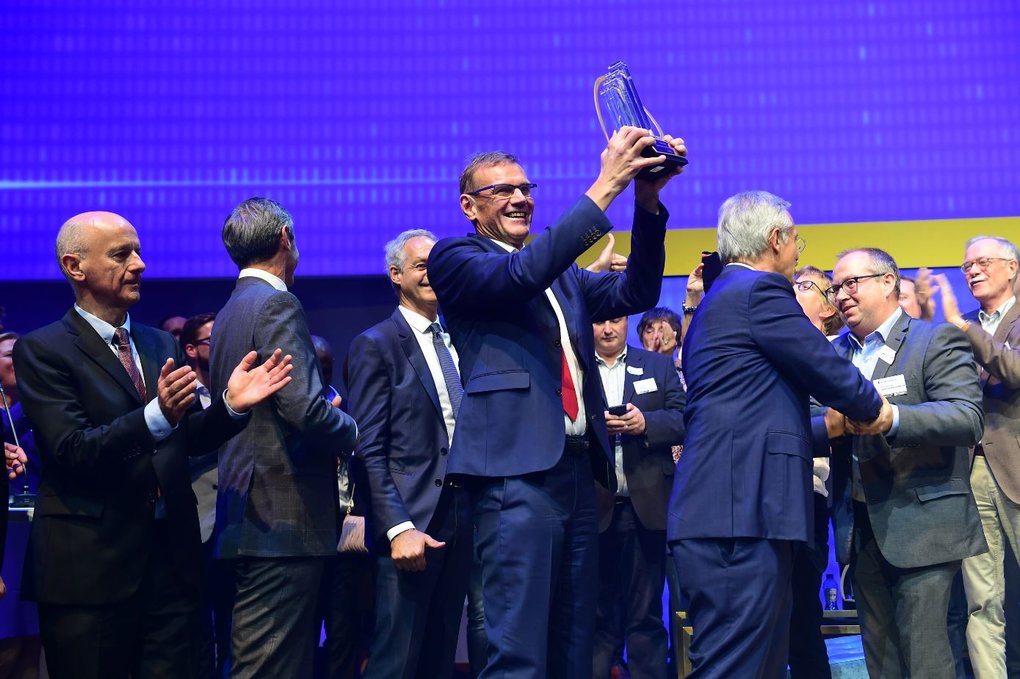 An award for Belgian companies that distinguish themselves EY has organised the ‘Onderneming van het Jaar®’ award since 1995. The award highlights Belgian companies that distinguish themselves through their innovative approach, bold international vision, strategy, healthy financial position, dedicated teamwork, good governance, ambition and determination to continue to grow.

“The ‘Onderneming van het Jaar®’ award has rewarded the top of the top of Belgian entrepreneurship for 24 years. Ardo is a strong Belgian family business that manages to achieve very impressive results through boldness and talent. The company is also firmly committed to sustainability. Thanks to a powerful fusion of various branches of the Haspeslagh family, Ardo has achieved considerable synergies and improvements in earnings. The company has thus developed into an undisputed European leader and is set to play an important role globally. The retention of the family culture in the business during the significant expansion is admirable and makes Ardo ideally positioned for further growth, with the focus on Corporate Social Responsibility and sustainability”, explained Michèle Sioen, president of the jury.

Patrick Rottiers, Country Managing Partner of EY Belgium added: “Profitable growth and innovation go hand in hand. Ardo’s innovation strategy consists in innovating products that are authentic, flavoursome, natural, attractive, user-friendly, nutritious and healthy, with the focus on sustainability in the growing and production processes, packing and the logistics chain. Ardo has managed to pursue its growth while maintaining an entrepreneurial spirit and short lines of communication, inherent in the family culture to which the company remains committed. This makes Ardo a worthy winner of the 24th edition of ‘Onderneming van het Jaar®’.”

“The ‘Award of the Flemish Government for the Scale-up of the Year’ is intended to reward and shine the spotlight on promising Flemish companies. Ontoforce demonstrates how a new company can claim its place in an old market by offering innovative solutions. Ontoforce can inspire others and, provided that it continues to develop, has a chance of winning the ‘Onderneming van het Jaar®’ award one day”, said Stefan Olivier, partner and Markets Leader EY Belgium.